The reinvention of Deutsche Bank:
6 insights for projects in crises

Members of the executive team got fired; the new CoCEO shuns the public; the organization makes dramatically negative announcements; nobody knows what will happen next. Deutsche Bank is clearly struggling. And there are some valuable lessons for project managers to learn from all this.

Throughout the year, Deutsche Bank’s executive management kept making headlines. First, CoCEO Anshu Jain was dismissed along with further executives. Then came John Cryan’s appointment as new CoCEO. His first major announcement, issued after about 100 days in office, did not give cause for joy: the bank had suffered massive quarterly losses – no less than $ 6,200,000,000. The next shoe dropped only a few days later, on October 18th. John Cryan announced one of the most fundamental reorganizations of the board and affiliated business units that the bank had ever seen.

I worked many years for Deutsche Bank, both as a member of the organization and as external consultant. I know that their internal culture is good, and the staff pursue their goals sustainably and professionally. Yet the current developments within the bank, the way they are presented to the public, and my crises-project experience have also taught me one fundamental rule: insights and learnings beat any project management method. Takeaways, consolidated findings – whatever you want to call the lessons we draw from our projects (and life experiences) – are the foundation of everything we do in future projects.

These are the 6 main insights for turnaround project management I have gained from Deutsche Bank’s restructuring announcement:

1 – Let them know that there will be changes

When John Cryan was appointed new CoCeo of Deutsche Bank, the organization issued a press release stating that it would continue to adhere to its current strategy. The bank admitted that it was facing major challenges and planning extensive changes. Further, albeit minor, statements prepared both the bank’s employees and the general public for those changes.

The lesson for projects in crises: announcing upcoming changes is crucial because it gives your staff and other affected parties the chance to adapt. You should, however, leave things open enough to allow yourself some leeway regarding the specifics of said changes.

2 – Act behind the scenes, not in the limelight

The public knew little about John Cryan prior to his appointment. Even within Deutsche Bank, there were few who knew him, though he had been a member of the supervisory board since 2013. The analytical, critically-minded executive seems to prefer a certain level of anonymity to press coverage and public appearances. His first 100 day in office reflect this low-key approach. There were few public announcements and even internal communications were mostly restricted to a bare minimum. John Cryan listened because he wanted to understand, not answer.

This approach is very suitable for projects in crises. Instead of creating a lot of buzz and organizing daily press conferences, you should restrain yourself and focus on listening. Analyze, focus on the essentials, and carefully develop an action plan from what you learn. You don’t need big, dramatic gestures. Don’t worry: people will still take you seriously.

3 – Take your time and work fast

When you are knew in a role, take 100 days to truly understand the environment. This is exactly what John Cryan did, despite the public’s impatience. After those first 100 days, he presented the results of his analyses and the planned personnel changes to the public. The announcement hit like a thunderbolt. Suddenly, the speed and intensity with which he had worked behind the scenes became obvious.

The lesson to learn for turnaround projects: do not make hasty decisions, but take your time. When you feel that irresistible urge to decide something, anything: sleep on it. However, be swift, analytical, and focused about gathering the facts. Once you have them, use them to create areas of action and design necessary measures. Not an easy balance to strike. But one that will yield tremendous value.

Deutsche Bank’s announcement affected numerous board members and lower-level executives.  People got promoted, sidetracked, demoted, and fired. Whatever one may think of this, one thing is certain: these measures succeeded in destroying long-standing alliances. “Anshu’s troops”, as they were called inside the organization, lost their influence; the old-boy network was dismantled.

Such networks also exist in projects you take on as crises projects. If their influence is strong and they do not support or even sabotage the turnaround, they form a “death zone” you need to clear out. Make sure you know which parts of alliances you need to destroy or realign, and how.

5 – Change the organization first, then its strategy

Personnel changes precede strategic ones. This was also the case at Deutsche Bank, who are scheduled to announce the details of their knew “strategy 2020” on October 29th. Making strategic changes public after organizational ones brings to main advantages. First, all the hubbub about the reorganization will have died down so that strategic considerations will get the attention they deserve. Second, the new executive team automatically become owners of the new strategy.   Perfect timing.

Follow this example for your projects in crises: change the organizational structure first before making strategic adaptations, which will then have the certain support of the new management.

In terms of the number of affected units and board members, the upcoming structural reorganization is the most extensive in the history of Deutsche Bank, and the one with the biggest impact. And it is just the beginning. The pending strategic realignment will be similarly influential and may prove even more groundbreaking. It won’t be a slow, almost imperceptible process, but a dramatically radical change. 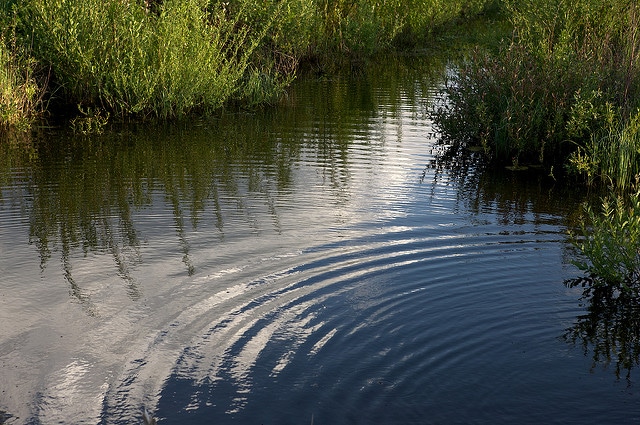 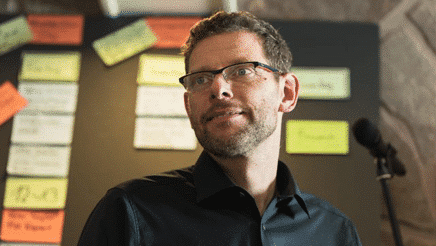